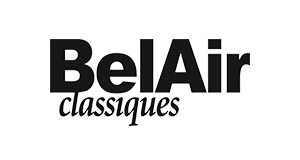 First performed in 1841, Giselle was an immediate hit. With music by Adolphe Adam and a libretto by Theophile Gautier and Jules-Henri Vernoy de Saint-Georges, the ballet touches on the great romantic themes: local colour, a pastoral love affair doomed to end in tragedy, a plunge into fantasy and redemption through the power of love.

Learning that Albrecht, her beloved, is in fact a nobleman engaged to be married to a princess, the naive peasant girl Giselle dies. The Queen of the Wilis - the spirits of deceased young virgins - decides that Albrecht should follow Giselle to the grave, and condemns him to dance until he dies of exhaustion. But Giselle's spirit dances with him and saves him.

Composer Adolphe Adam owes his reputation to this archetypal, richly melodic romantic ballet. As Giselle Svetlana Lunkina is simply sensational. Her Albrecht is the iconically noble dancer Dmitri Gudanov. And the cast is perfectly rounded off by Maria Allash as the Queen of the Wilis.

The Bolshoi Theatre Orchestra is conducted by Pavel Klinichev.